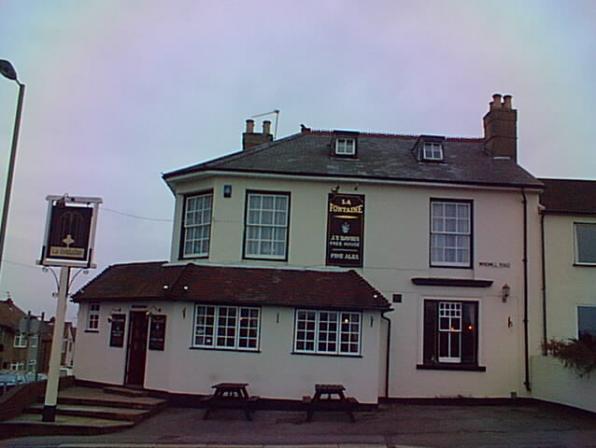 The owners of La Fontain on Windmill Road, Aldershot have submitted plans to the council to close and redevelop the pub as residential.

The Civic Society oppose changes of use of public houses when they have not fully complied with the councils adopted SPD on Public Houses.

HAVE YOUR SAY….view and comment on the development proposals on the councils web site http://publicaccess.rushmoor.gov.uk/online-applications/applicationDetails.do?activeTab=summary&keyVal=P6LNM2NMFNC00

Quoting the Council supplementary planning document on Public Houses: “Reasonable efforts have been made to preserve the facility (including diversification options explored – and evidence supplied to illustrate this) but it has been demonstrated that it would not be economically viable to retain the building or site for its existing use class.”

The accounts seem to have missed out accommodation charges, even though the personal statement says “The letting rooms have been let on a near constant basis”. A decision on whether the business is viable or not can not be made without these figures.

The pub has been put up for sale well over it’s value at £525,000 if you compare to freeholds of pubs that have sold recently in the immediate area (Farnham generally more expensive than Aldershot) the Bull Inn in Farnham has accommodation and car parking yet was sold recently for £125,000 less than what La Fontain is being marketed as.

The pub is also being sold as an “Investment/Development” on their chartered surveyors and commercial property consultants web site, suggesting the reasoning for the high asking price.

Given the fate of pubs in the area recently, the Royal Staff is now privately owned and seems to have separated the pub business from the accommodation upstairs. We would not be confident in it remaining as a pub for the foreseeable future until it has run as a business for a few years. Therefore it would be unwise to count this business as an alternative to La Fontain whilst they are both at risk, and the council should not be making a decision as to which pub it desires to keep out of the two, making it all the more important that all parts of the SPD are fulfilled if a decision to change the usage is approved.

Therefore the Aldershot Civic Society objects to the planning application for La Fontain.

HAVE YOUR SAY….view and comment on the development proposals on the councils web site http://publicaccess.rushmoor.gov.uk/online-applications/applicationDetails.do?activeTab=summary&keyVal=P6LNM2NMFNC00