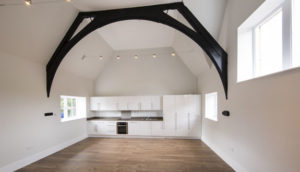 Members of the Aldershot Civic Society’s Planning Group attended the official launch of the newly restored and converted Union Buildings on Hospital Hill. The work on the listed building has been done with great skill and sensitivity by Annington who take on responsibility for ‘no longer needed’ MOD properties, in conjunction with Rushmoor Borough Council’s conservation officer and planning department.  Whilst the frontage remains as it was, albeit carefully restored to very exacting standards, the interior has been adapted to make 17 high quality, modern apartments, sitting in attractive landscaped grounds. The unveiling of a simple, polished sculpture by Rushmoor Mayor, Cllr. Vosper, was watched by a number of invited guests. 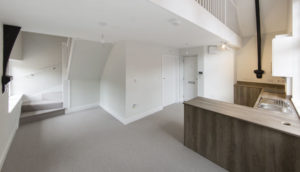 Society members have been involved in,  and taken an interest in this development since Annington announced that it was going to undertake the development, so are very pleased to see the plans come to fruition.