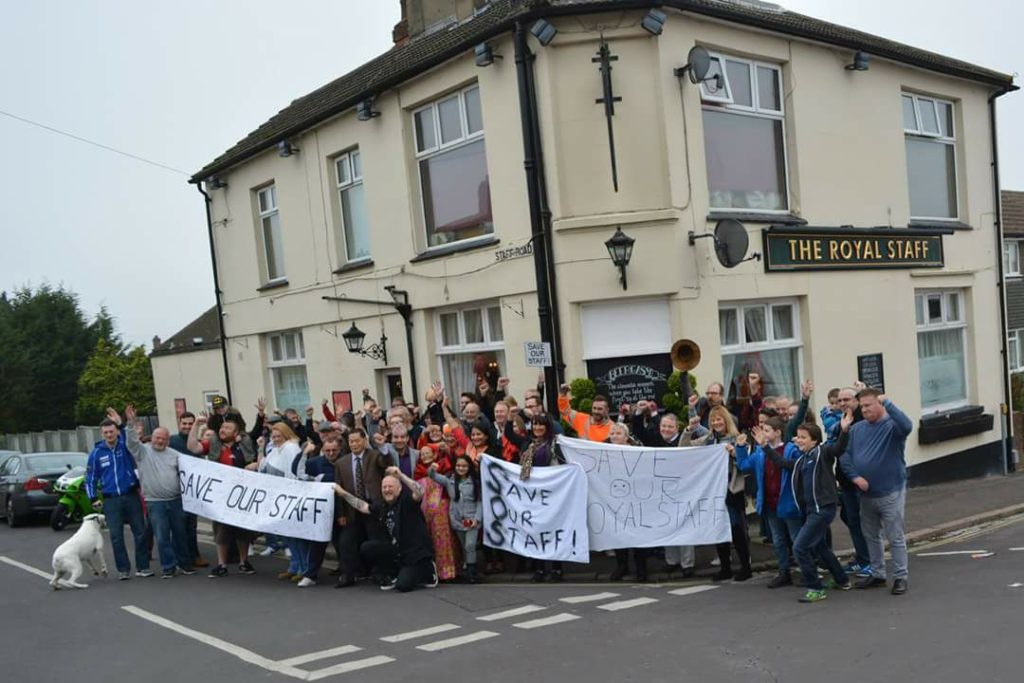 Many local people remember the great pub that The Royal Staff once was. Unfortunately, property prices make pubs prime targets for developers who have no interest in our communities.

too many pubs have been deliberately run down by these developers

But, there is another way…

Thanks to the first Save Our Staff campaign, The Royal Staff is officially an Asset of Community Value (ACV). This gives the community the opportunity to act.

The ACV means that now the pub is for sale, we officially have 6 months to work together and make a bid for the premises, otherwise the purchaser will be able to say there is no interest in it being a pub and apply for change of use with the council, where upon it will be lost.

THE GREAT NEWS is that a group of residents have already set up a company called ‘Aldershot Community Pub Limited’ to make community pubs possible in Aldershot.

What is a Community Pub?

Well, it is still a pub, but so much more besides. Owned by local people, it can be whatever the community decides. During the day it can be a hub where people can meet, both young and old. It can be a place where people learn new skills, business people network and specialist groups have time to support one another.

What do we need from you?

All we need to know is whether you are interested in finding out more about this. If you are, then send us your details and we will organise a meeting where we can discuss this further.

There is a lot of support out there for Community Pubs including grants and expertise.