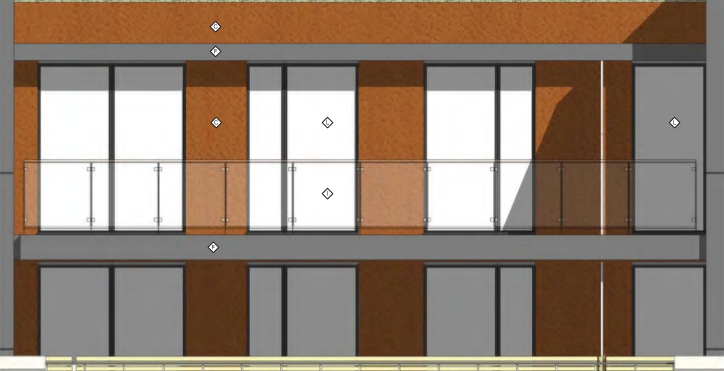 Aldershot Civic Society is proud of the role we have played in highlighting the unacceptable proposals for 43 new homes on top of the Wellington Centre. The proposals have now been turned down by councillors.

From the moment the Civic Society was made aware of the proposals at one of our regular liaison meetings with the council planning team, we have worked to raise awareness of the proposals, and to encourage local residents to voice their opinions during the council’s consultation period. The Civic Society also submitted our own consultation response, highlighting both the poor quality of design and the complete lack of affordable housing provision. Finally, the Civic Society attended the meeting of Rushmoor Borough Council’s Development Management Committee on 29 March 2017 and spoke against the proposals.

The committee turned down the application on the basis of how the poor design of the proposals would affect the town centre, as illustrated in part here:

The rejected proposals would have been to the detriment of our valued Victorian town centre and its stunning landmark buildings, would have been visible from all around town, and would be sending the entirely wrong signals to potential developers about what kind of change Aldershot wants and is willing to accept. The Civic Society wants well considered changes and developments that enhance the Victorian heritage and that support the revival of the town centre’s civic life – for the benefit of everyone.

There is a dire need for good quality affordable housing in Aldershot and we must ensure that affordable housing provision to policy-compliant level of 35% is seen by council officers and members as a non-negotiable requirement, irrespective what developers’ viability assessments say. More qualified scrutiny of viability assessments needs to take place than is currently the case, to enable council officers to challenge the developer’s position which invariably will consider first and foremost their own profit.

We strongly believe that Aldershot’s future is bright if we build on its heritage and its assets, including people, community spirit, and glorious Victorian buildings. Aldershot needs investment and appreciation, and we as residents – and our council members who represent us – must demand better for Aldershot. We were heartened that members decided to turn down the planning application. We support members calls during the committee meeting for a holistic vision and plan for Aldershot Town Centre, and the Civic Society will look forward to contributing to the development of this work for Aldershot.

Aldershot Civic Society continues to voice residents’ views to decision makers in our town. We encourage you to join in and support us in this work, whether by telling us what you think, sharing the word about our work, or becoming a member.