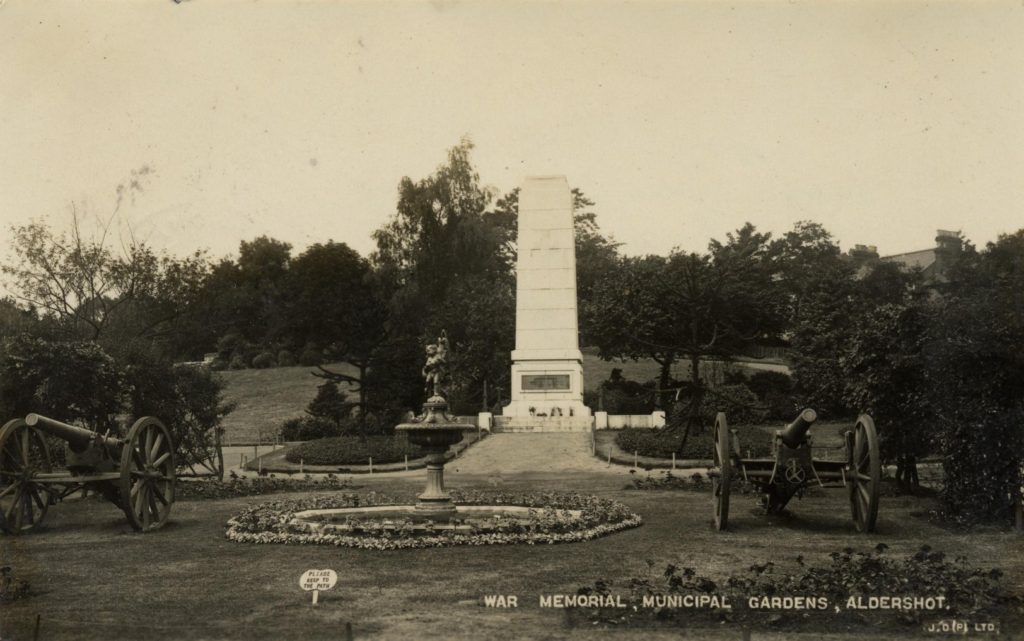 On 11 November 1918 the guns finally fell silent on the Western Front, marking the end of the First World War. But after the war the world was profoundly changed from four years earlier, and this talk looks at Aldershot in the immediate aftermath of World War One.
The news of the Armistice was received with rejoicing and relief that the fighting was over at last, and Britain had been victorious. But when the immediate celebrations were over, the picture was more complex. While on one hand there was a desire to move forward, such as Aldershot’s efforts to move quickly with an application for a Charter of Incorporation, on the other hand wartime rationing dragged on, the Spanish flu pandemic brought more misery, and, of course, for many families their fathers, sons and brothers did not return home. Alongside official “Welcome Home” events for returning veterans were debates about erecting suitable memorials to the dead. The Army Tattoos were revived on an even bigger scale, yet disgruntled reservists rioted in the streets.
This talk looks at some aspects of Aldershot immediately following the end of the First World War, the contrasting moods and events, and the town’s remembrance of its citizens who made the ultimate sacrifice.

Talk with Paul Vickers and meeting of the Aldershot Civic Society to be held on Wednesday 7th November 7pm at the Princes Hall, Princes Way, Aldershot, GU11 1NX.